Nellie Bly! I was so excited for this step! Big Sister’s personality reminds me a bit of this famous reporter and globetrotting record breaker. Nellie Bly is the pen name of a journalist born Elizabeth Cochrane. She is known for her edgy stunt-style reporting which included a trip around the world inspired by Jules Verne’s ‘Around the World in 80 Days.’ This feat made her a household name in 1889-1990. It was this trip that inspired our photo shoot and the activities during our study of Nellie Bly.

Though Jules Verne’s fictional character Phileas Fogg completed his journey in 80 days, Nellie Bly circumnavigated the globe in 72. She did it with only two days notice from her employer, with only one handbag measuring 16″x7,” and was basically unchaperoned(unheard of in her day). These were all feats for her day and some still would be today. On her journey she traveled from New Jersey through England, France(with a pit stop to meet with Jules Verne himself), Egypt, Italy, Singapore, Hong Kong, and San Francisco before arriving back at New Jersey. She encountered many obstacles along the way, but beat even her own personal goal of 75 days by 3 days. Through writing about her experiences and having them published as she went, she became a household name and the most well-known woman in the world at the time. She inspired songs, fashion, and games created in her name as a result.

Nellie Bly’s trip around the world brought her through Joliet and Chicago, IL on her way back home. Nellie arrived in Illinois on the The Miss Nellie Bly Special, a train for the express purpose of getting Nellie on her way to break a world’s record for traveling around the world. It was a passenger train comprised of one passenger car and an engine that set new speed records during its trip. Nellie passed through Joliet and Chicago on the morning of January 24th, 1890, 114 years ago.

At that time the current stations in Joliet(Joliet Union Station) and Chicago(Chicago Union Station), did not exist. Both locations had overhauls and new stations built just a few short years after Nellie’s trip. They were, however, in the same basic locations. I had hoped to have our photo shoot on the anniversary of Nellie’s stop in Joliet, but the weather around here this year did not cooperate! But, we did get to shoot at Joliet Union Station and on the same tracks she rode on her legendary journey! It really was an incredible experience. The whole family had fun exploring the station and its history.

We are really looking forward to learning more about this amazing woman in the coming weeks! I have created a Pinterest board for all things Nellie that I used as inspiration while researching her and planning our activities, you can check it out here! 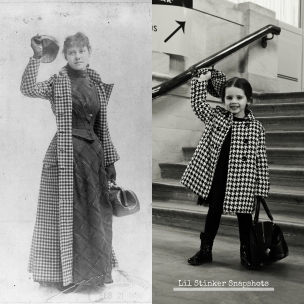 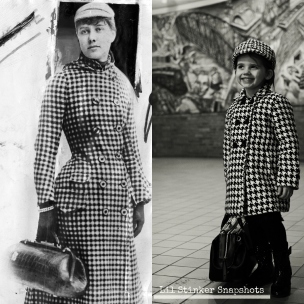 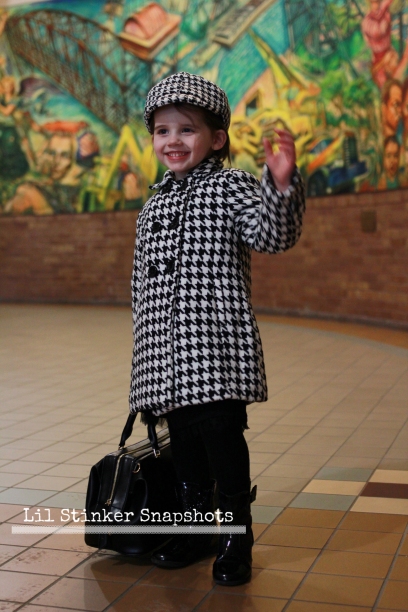 In front of the mural ‘Visions of Joliet’ by Alejandro Romero 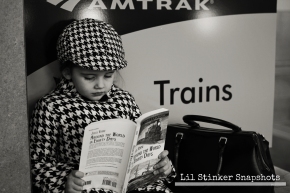 Little Sister getting in on the action 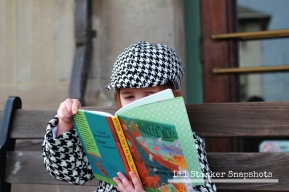 ‘It Can’t Be Done Nellie Bly’ by Bonnie Christensen 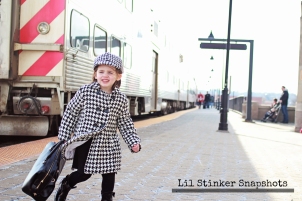 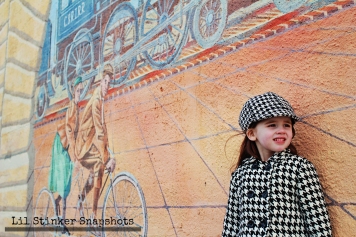 One of many murals outside along the station 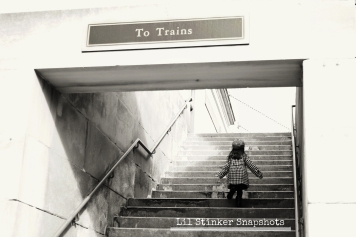 Off she goes, my little adventurer!

Cooking with a Wallflower
Beauty In Unfinished Edges

Always be reminded that life is full of unfinished edges and to find the beauty in it.

Life and the eternal pursuit of peace and happiness

This site is all about ideas

No Money Will Travel

A photo journal chronicling a mother/daughter journey one step at a time.

about women who do amazing things